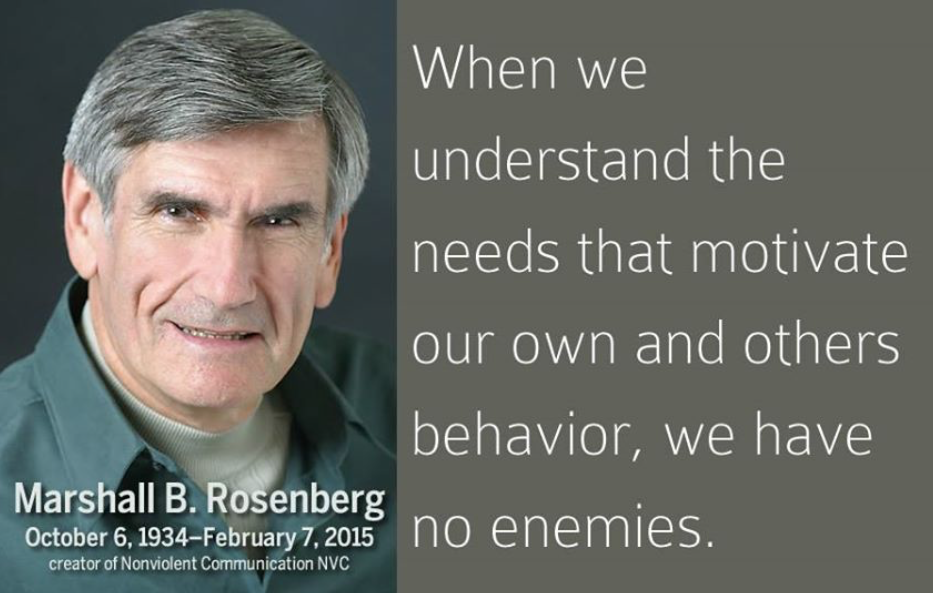 Marshall Rosenberg (1934 – 2015) was a clinical psychologist and the founder and director of educational services for the Center for Nonviolent Communication (CNVC), an international nonprofit organization that offers workshops and training in 30 countries. Dr. Rosenberg initiated peace programs in war torn areas including Rwanda, Burundi, Nigeria, Malaysia, Indonesia, Sri Lanka, the Middle East, Serbia, Croatia, and Ireland. He is the author of Nonviolent Communication and Living Nonviolent Communication. Dr. Rosenberg has provided Nonviolent Communication training in 60 countries. He worked with such groups as educators, managers, mental health and health care providers, lawyers, military officers, prisoners, police and prison officials, clergy, government officials, and individual families. Worldwide reactions have been inspiring. Evaluations indicate that this training vastly strengthens the ability to connect compassionately with oneself and others, as well as to resolve differences peacefully. Reports also indicate that the benefit of the training is not only stable over time, but actually increases.

Dr. Rosenberg has been able to teach individuals to give the training in their own community, work, educational, and political environments, and in their own languages, with the same positive effects. Dr. Rosenberg passed peacefully at home, with his wife Valentina and all his children by his side on February 7th, 2015.

Stay in Touch. Update your Information every day